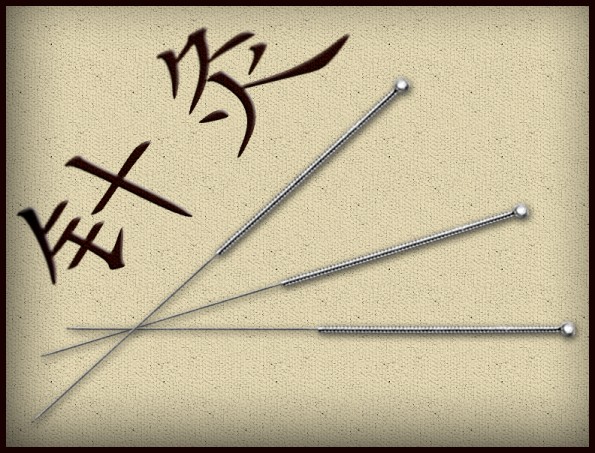 Acupuncture can be used to help prevent, improve or cure problems, including but not limited to those related to the musculoskeletal, reproductive, neurological, or gastrointestinal systems. Acupuncture can also be used to manage pain in general and hasten recovery after surgery.

Traditional Chinese Veterinary Medicine (TCVM), although relatively new to the Western world, is a medical system that has been used in China to treat animals for thousands of years. It is an adaptation and extension of Traditional Chinese Medicine (TCM) used to treat humans. Speaking broadly, Chinese Medicine is a complete body of thought and practice grounded in Chinese Daoist philosophy. Though it can be traced back over two millennia in recorded history, it, like any medical system, continues to evolve today, and current research on acupuncture and herbal medicine is beginning to shed light on its mechanism of action.

According to traditional Chinese medicine, the body is composed of several pathways called “meridians,” along which energy flows (compare to blood vessel and nerve pathways through out the body, stemming from the central nervous system and spinal column). When disease is present, energy is interrupted, or unbalanced. The acupuncturist manipulates the animals Qi by stimulating specific acupuncture points, which alleviates the blockage or imbalance. Stimulating acupuncture points along the meridians can restore normal uninterrupted energy flow, resulting in improved or cured internal health problems. Acupuncture causes the body to release endorphins and hormones while at the same time decreasing inflammation both internally and externally.

Because the needles used in acupuncture are extremely thin, they cause minimal or no pain and are generally well tolerated by pets. However, incorrect placement of the needle or inadequate sterilization can result in pain or complications, which is why you should only have a qualified practitioner perform acupuncture on your pet. Dr. Frank Akawi and Dr. Ashley Serfis have both received professional certification through the Chi Institute in FL, the leading veterinary continuing education provider of Traditional Chinese Veterinary Medicine (TCVM).

In Chinese Medicine theory, disease is understood as an imbalance in the body, and diagnosis proceeds through identifying the underlying “pattern” of disharmony. Pattern diagnosis differs from conventional Western medical diagnosis in that it takes into account not only disease signs but how these signs relate to the individual patient. Thus, TCVM practitioners will consider the temperament, sex, age, activity, and environment of an animal along with the animal’s particular disease signs. This approach stems from the belief that the body is as an interconnected system of forces and functions so that disease and disharmony must be examined with respect to the whole patient. For this reason, Chinese Medicine is often regarded as more holistic than conventional Western Medicine. 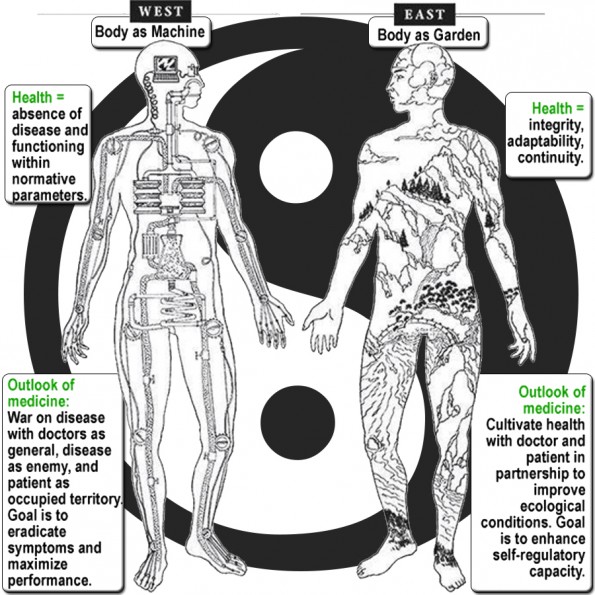 Traditional Chinese Veterinary Medicine (TCVM) is a holistic approach that is suited to assessing the well-being of the whole patient, and treatments are generally non-invasive with few side effects. However, TCVM lacks the tools necessary to pinpoint illness to specific disease-causing agents like pathogenic bacteria or viruses, and treatments are better suited for chronic conditions than acute ones.

On the other hand, Western/Traditional Veterinary Medicine (WVM) utilizes the tools of modern science to diagnose disease with great precision, and Western drugs and procedures are powerful and fast acting. However, its insistence on detailed diagnosis may come at the expense of getting the larger picture. Furthermore, while modern medicine can perform miracles for trauma and acute injuries, it has little to offer chronic conditions like liver failure and atopy which can be treated effectively with acupuncture and herbal medicine.

In many ways, TCVM and WVM each has what the other lacks. Thus, the best medical system involves the integration of the two systems, so that the strengths of one can compensate for the weaknesses of the other.

To determine if your pet’s condition(s) may be responsive to this treatment modality, please set up an exam with one of our qualified veterinarians.

So, what conditions can Acupuncture help with?

MUSCULO-SKELETAL This is the area most commonly treated with acupuncture in western medical practice. Quite a few veterinarians limit themselves to the treatment of arthritic disorders or muscular injuries, ignoring the many other conditions and illnesses which can benefit from acupuncture.

HORMONAL Almost all of the hormonal systems can be affected, including all of the pituitary functions, thyroid and parathyroid functions, and adrenal functions. It is also possible to normalize blood sugar levels.

NEUROLOGICAL/PSYCHOLOGICAL Anxiety, epilepsy and behavioral disorders have all responded well to acupuncture treatments.

DERMATOLOGICAL The skin can tell us if our pet is getting proper nutrition and how well theyre disposing of waste through the respiratory, digestive and urinary systems. If an acupuncturist can keep these organs and systems in good condition this will be reflected in the skin.

PERFORMANCE Acupuncture is being used to indirectly influence the performance of a dog or horse. Its best not to use acupuncture 48 to 60 hours before a race due to the sedating effect. After 48 hours or so there is an increase in vigor, vitality, and a general feeling of well-being.

ELECTRO-ACUPUNCTURE is used to help in some specific procedures. Its used as an alternative when “dry needles” (acupuncture needles only) or lasers do not provide enough deep tissue stimulation. Electric stimulation is added to a needle that has already been placed into a point and connected to the next needle to facilitate current/signal between the two points. This advanced method is typically used in chronic cases involving paralysis.

Another variation on acupuncture is called AQUAPUNCTURE, which is the injection of a liquid into the main acupuncture points. Some veterinarians have found that the effect lasts longer then the insertion of needles. The liquids used in this technique are usually homeopathic in nature. This modality takes less time to perform then acupuncture. Our Acupuncturists her at Greenfield Animal Hospital always perform Aquapuncture at the end of each Acupuncture session as a way to create longer lasting effects from the traditional techniques.

Our veterinarians are dedicated to providing the best possible healthcare by getting to know you and your pet.

Are you a New Client?

Vet Services
We provide a wide variety of veterinary services to assist you and your pet. Learn more about the services we offer and how we're different.

Rehab & Fitness Center
Greenfield Animal Hospital is proud to announce that our new small animal rehabilitation and fitness center is now open! This is a brand new state of the art facility houses numerous modalities.

Pet Salon & Spa
Utilizing part of the upstairs building, Greenfield Animal Hospital added on a full time Salon & Spa Grooming services in the Fall of 2012, to further provide all in one experience for you and your pet!